Go up there and you will see islands...

At the end of Ajaccio, there is a peninsula. On this peninsula, a Genoese tower. In front of the tower, islands. They bear a fierce, mysterious, worrying name: the Sanguinaires. The highest one is also topped by a tower. The site is grandiose. It is even a "Grand Site". Behind this administrative name, La Parata is one of the most beautiful places in Corsica.

24°C
average all year round

There are places that the good Lord, in creating them, has placed under a lucky star.

There is a concentration of splendid landscapes, beautiful distant views, beautiful vegetation and unusual fauna. What can happen to such sites? Everyone wants them, and they are victims of too much traffic.

It is fatal. Nature is threatened, traffic jams are looming, ugly noise replaces beautiful silence.
Soon pollution. The little flowers are trampled, the birds fly away. What can be done? Organise visits, supervise visitors, mark out the routes reserved for them, protect, in short, the site so that over time it does not lose the qualities for which it is chosen by the crowd. 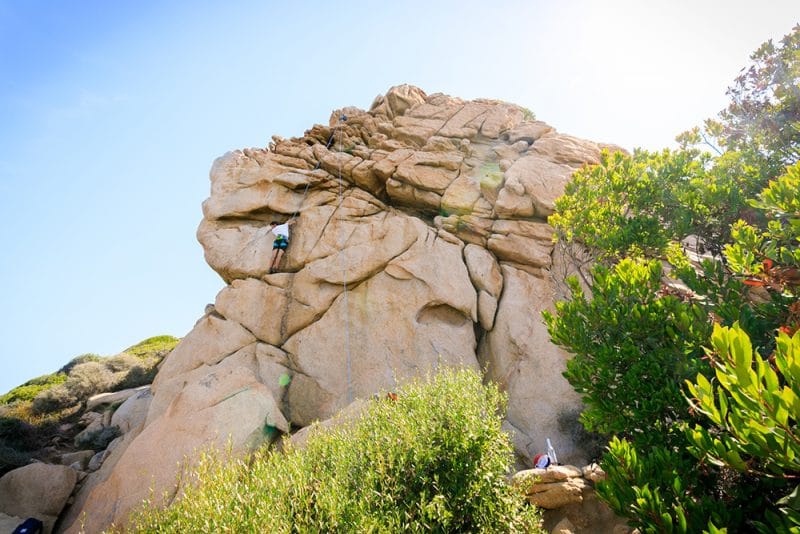 Access : Located on the customs path 10 minutes from the Maison du Grand Site, this natural climbing site offers 9 routes from 4+ to 7a on a granite wall.
Particularities : The routes are attractive, covering the cracks and curves specific to these marine rocks (beware of relays often on a single seal).
In summer, it is strongly advised to climb in the morning or evening at sunset to appreciate the place.

Activities on the large site...

It is a "heritage site protected for its landscape and ecological qualities", replies the Ministry of Sustainable Development, formerly the Ministry of the Environment and Ecology. La Parata unquestionably belongs to the heritage of Ajaccio. The peninsula and the offshore islands obviously have "landscape and ecological" qualities. The whole area is therefore a "Grand Site". CQFD. This means that, for years, the paths have been developed, which go around the peninsula and criss-cross the island. That the flora is protected - which means that it is also and above all explained to visitors. That the whole site is developed. Car parks have been created, and shuttles have been set up for people who have difficulty getting around. 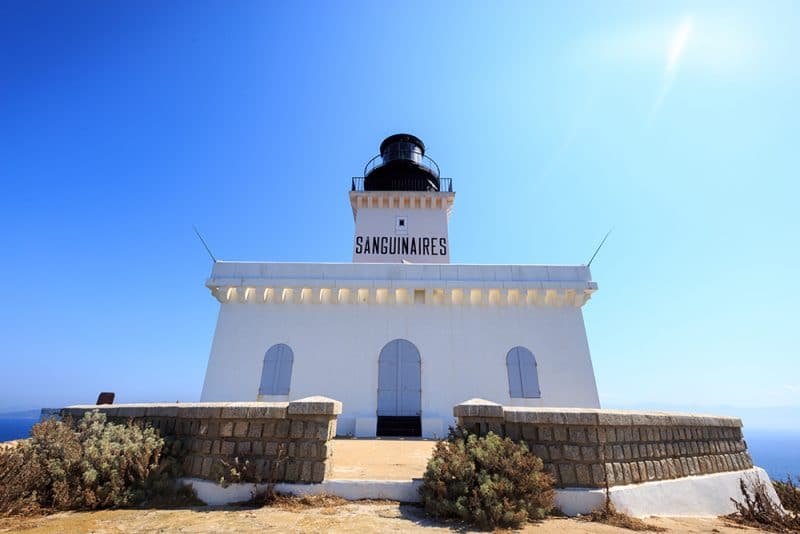 The Maison du Grand Site welcomes you all year round, 7 days a week.

At the public information point, visitors will find practical information about visiting the Grand Site: a free visitor's leaflet in French and English, a permanent exhibition listing animal and plant species and heritage features; and on the other side of the patio, visitors can discover a permanent exhibition of photographs of the Grand Site taken throughout the seasons.
The reception staff is at your disposal to provide you with tourist documentation on the Grand Ajaccio.
Free public toilets are also available during the opening hours of the Maison du Grand Site.
A large car park is accessible to light vehicles and camper vans without deployment and 10 spaces are reserved for holders of a parking card for disabled people.

Built in 1550-1551 by a Genoese chief mason named Giacomo Lombardo, it is part of a group of 90 Genoese towers designed to defend the Corsican coast from barbarian attacks.

Inside, the tower consists of two floors built over a cistern fed by rainwater collected on the terrace. The first floor has a gun embrasure and the second has two windows: probably loopholes enlarged in the 19th century by the tower's occupants. At the top of the tower you can still see the structure of a semaphore, more commonly known as the Chappe telegraph, which was inaugurated in 1794. In the case of the one at La Parata, the telegraph was used to communicate with the one on the island of Mezzu Mare or with the boats.

Restoration of the Tower

Nestled on the Sanguinaires islands and watching over the Gulf of Ajaccio, the Parata tower is in need of complete restoration.
Objective: to safeguard a 16th century Genoese tower.

This project is led by the joint syndicate of the Grand Site des Îles Sanguinaires et de la pointe de la Parata, of which the City of Ajaccio and the Collectivité de Corse are the founders. It is part of an environmental, landscape, cultural and heritage preservation programme for this Grand Site de France.

This restoration cannot take place without your support, if you wish to participate click on the link below.
Thanks to your donations, the Parata tower will be able to offer itself to visitors, as it did to the author of Lettres de mon moulin.

This coastal path allows you to link the famous site of the Sanguinaires to the beach of Saint-Antoine further north. In the middle of the maquis, you will walk along a steep and wild coast. Much used by the inhabitants of the Ajaccio region, due to its proximity to the town, it is also easily accessible for a walk or jog... 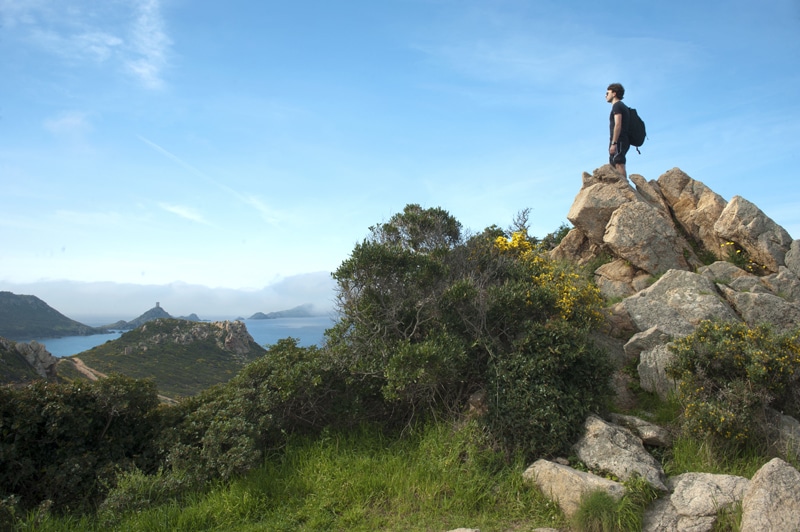 A must when you are near Ajaccio: sitting at the foot of the gigantic Parata tower, whose 15 m height standing behind you, leads us to believe that it too admires the sunset over the Sanguinaires islands. An evening where all our attention is focused on a landscape that only nature can sublimate.